Showing posts with the label Factory Guide
Show all 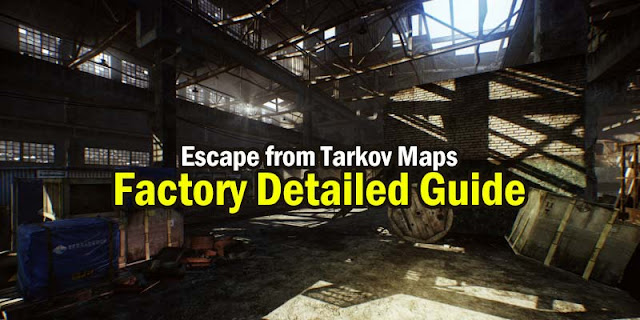 In Escape from Tarkov, The Factory will be the smallest along with the most dynamic of all Escape from Tarkov maps. It functions many enclosed and semi-opened places with lots of elevated spots that market fast-paced, close-quarters engagements. Lore smart, the Factory was a chemical plant that was illegally rented out by the Terra Group. Later, when the  Escape from Tarkov conflict broke out, it was a stage of various BEAR vs USEC engagements. Just after the UN intervened, Factory's premises had been converted into civilian shelters. Now, these shelters are made use of mostly by Scavs and PMC operators that still dwell inside the city.