Showing posts with the label POE 3.8
Show all

Path of Exile Blight Basic Guide You Need To Know 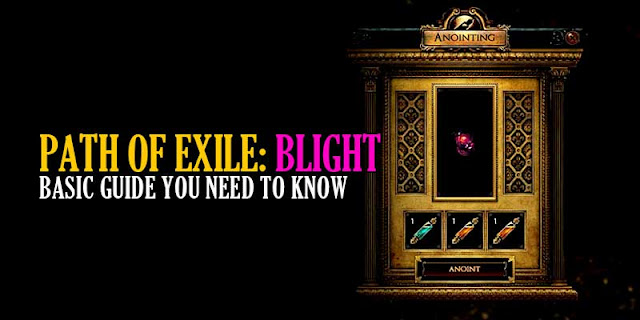 Path of Exile 3.8 league name is Blight and September expansion contains the Blight challenge league, three revamped balance archetypes with new skills and support gems, plenty of new items, two old leagues being integrated into the core game, and a focus on giving you more freedom to choose which aspects of Path of Exile's content you play and when.

What are the Expansion contents of Path of Exile Blight？ - Areas will contain Fungal Growths that spread tendrils into the area around them. You must protect Sister Cassia (a new NPC) while she uses a pump to destroy the growths.

- When the encounter begins, mind-controlled enemies will begin spawning at the end of each tendril and running directly along the tendrils to attack the pump. They will follow the tendrils exactly and will not attack you unless you're in the way, but will destroy the pump if not killed. These enemies are unusually hard to kill.

- Sister Cassia builds towers in order to help you in the encounter. There is…
Post a Comment
Read more
More posts