Showing posts with the label POE 3.8 gems update
Show all 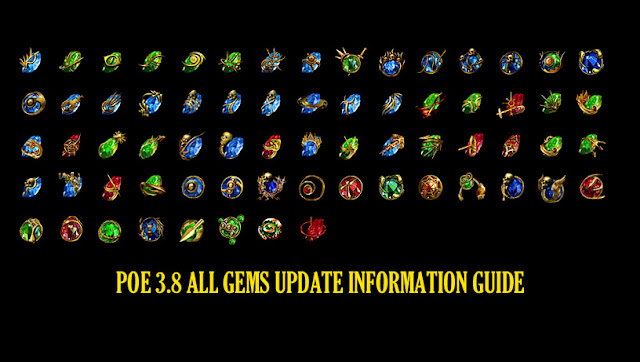 The long-awaited POE 3.8: Blight starts right away, and the official update of POE 3.8 has been released. I believe many players already know the updated content. So now, let's talk about one of the most important issues for players: POE 3.8 new league new gems and reworked gems guide content.

Cobra Lash
Hurl a deadly projectile that chains between enemies. Requires a dagger or claw. Cobra Lash as a quest reward for the Shadow, and as purchasable from Nessa for the Ranger and Scion, for completing Enemy at the Gate. It replaces Frost Blades for the Shadow.

Withering Step
Gain Phasing and Elusive, a buff that gives you a decaying movement speed bonus (replacing any other instances of Elusive on you…
Post a Comment
Read more
More posts